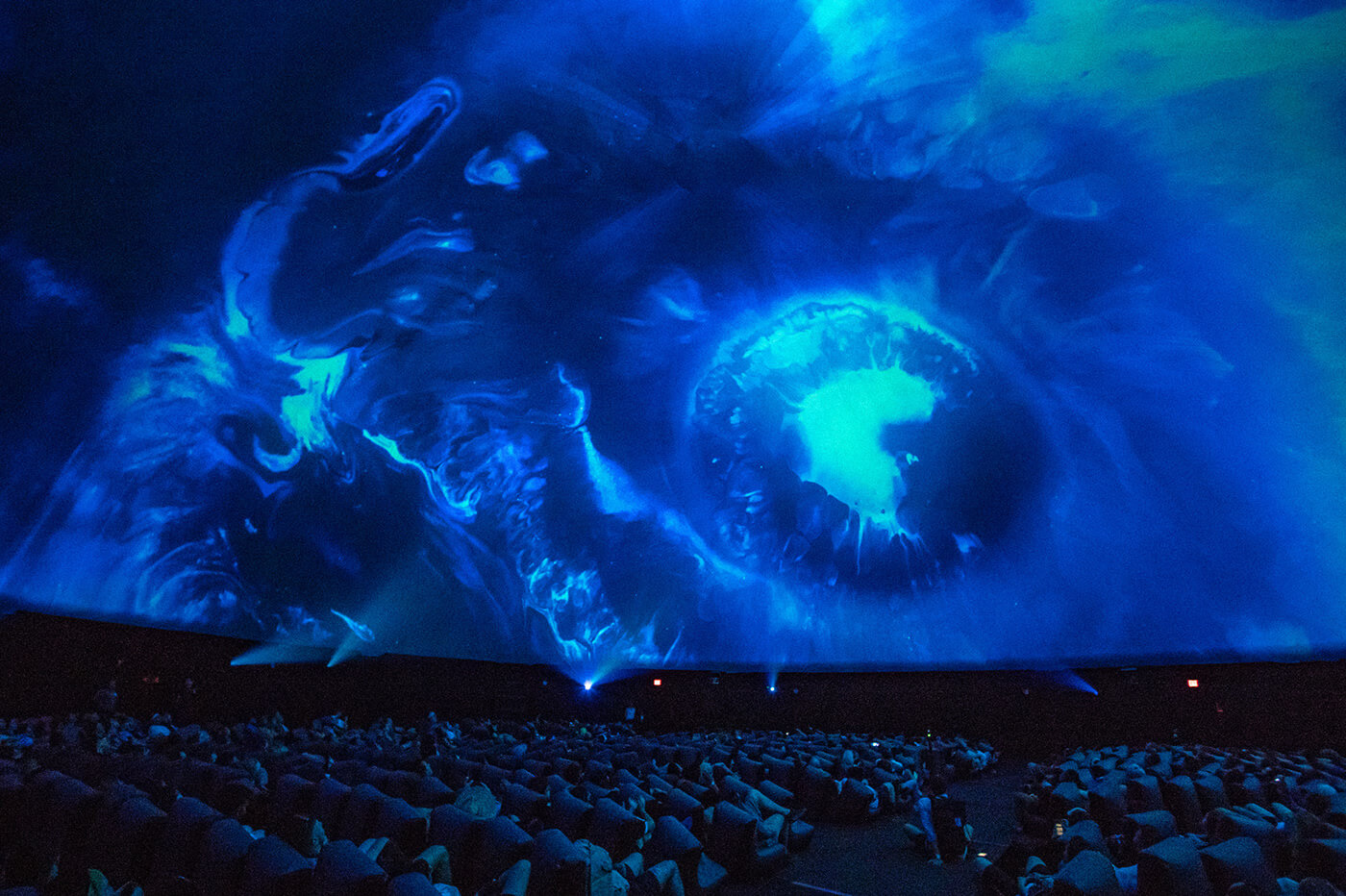 In January 2019, I was approached by the Australian dance trio Rüfüs Du Sol to collaborate on a visual accompaniment for their song 'Underwater' for the HP Dome at the Coachella Music & Arts Festival that year. I would develop an immersive 360º film for the world's largest geodesic dome.

I worked on a concept outside my usual parameters. I had to consider a 180º field of view using CG-generated particles to tell the story. Having worked with particle processing a few times, I was cognizant of the possibilities and acutely aware of how time-consuming the process was. I took the track and broke it into sections, naming them "Overture," "Collapse," "Reflection," Climb," & "Serenity," the emotional responses I had when listening to the song. These became the words of inspiration that would help define the imagery of the piece.

We had eight weeks to concept and create a six-minute film. The only way we would achieve this would be to work with multiple artists. Julia Sourikoff, Dan Kent, and I got to work to assemble a team of artists that would complement my vision for the piece. Together, we assembled some of the most talented visual artists working today.

I broke the treatment down into segments and distributed them to each artist; it was important for me to allow them to interpret my idea independently with their own signature style. I believed it would enhance the visual journey for the audience. I created a 'keyword' sheet where I wrote feelings and emotions for each scene to act as a guide.

I was privileged and honored to have a team of some of the best visual artists working today.

The Band & I at the premiere Thursday, April 11th, 2019, at the Coachella Music & Arts Festival, Indio, California.

All Images courtesy of the respective artist.

More information on how the project was created.